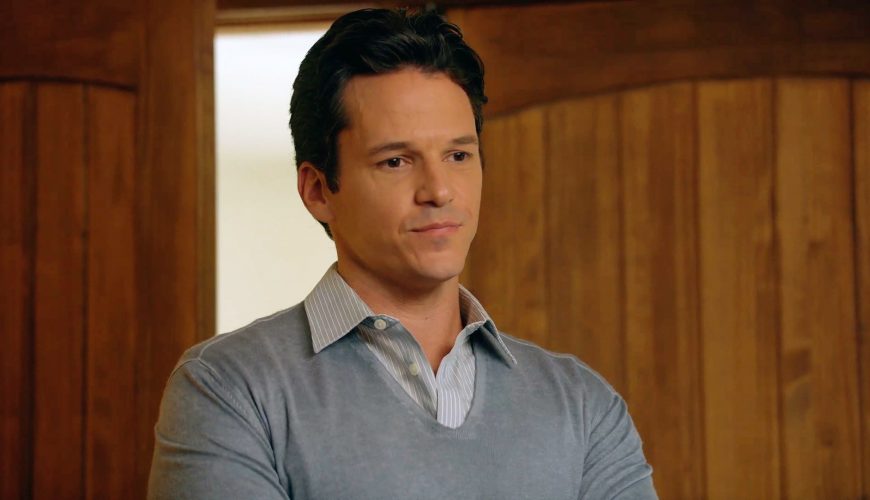 In Season Two of Beacon Hill, Mark Hapka takes over the role of Eric Preston, originally played by John-Paul Lavoisier. Mark recently took a few minutes to answer some of our questions about his role and the experience of working on Beacon Hill.

Tell us about your character in season two. How difficult was it to take over the role of Eric Preston?

JP laid a pretty solid foundation of who Eric Preston is, so taking over the role wasn’t very difficult. It seemed most appropriate not to emulate what he did with the character, but rather make it my own. I wanted to see what would come up for me if I was to apply Eric’s circumstances and moral compass to my own emotional intelligence and worldview. I look forward to seeing how my approach translates!

I always love shooting on location. It allows me to drop into a more realistic environment while I work, making the job that much easier. Of course on set you have much more control over your environment – you don’t have to worry about rogue neighborhood sounds interrupting a scene, and you aren’t chasing the natural light provided by the sun because stage lighting is a consistent source. But I prefer the magical role the energy of being on location plays in a project.

It depends on the type of web series. Some that I’ve been a part of require a ton of information to be relayed within a minimal amount of time and dialogue. That results in scenes that are much less conversational and that require a snappy edit of quick-cuts. In my opinion, this approach to a series only really works when it’s driven by action or comedy.

In our case, ‘Beacon Hill’ plays out as an ongoing narrative the same way features are and some television is shot. So it feels like a long movie that is broken into smaller vignettes (episodes). I love when scenes get time to breathe and sit in silences, truly working out what’s at stake. It’s easier to connect and drop into the character and their reality. Definitely my favorite approach. 🙂

I’m not really attached to what Eric’s story arc looks like as long as it’s exciting, strong, and challenges me as an actor. So far he’s on a bumpy road to crazy town, so I’d say we are off to a fantastic start! I look forward to the obstacles our amazing writers continue to create for him, and I’m so grateful to be along for the ride. We’ve got such a talented cast and badass crew – I just feel so lucky they asked me to come and play with them. 🙂