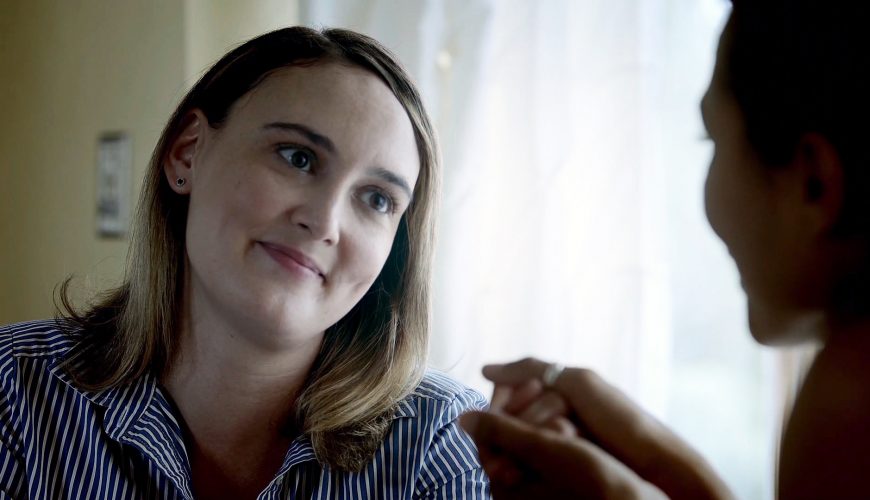 Laura is much more involved politically than you might have thought from season one… so that complicates things further with Katherine. But a the end of the day, Laura is in love with Katherine still, even if it hurts her all the time.

I love shooting on location- since we shot the first season, I’ve relocated to the east coast so I was able to take a beautiful train ride from NYC to Massachusetts. Its a much more visceral experience than being on a set. You get to absorb the atmosphere and experience local food, culture and people.

To me, a web series, tv,  film, theater: I approach the work from the same point of entry. But the freedom you experience when working on a web series is pretty magical. Its collaborative and everyone is there because they love it and because there’s a real need to tell  the story.

I would like the tables to turn a little. I think it would be great if Laura could have Katherine pining for her for a second. A girl can dream.