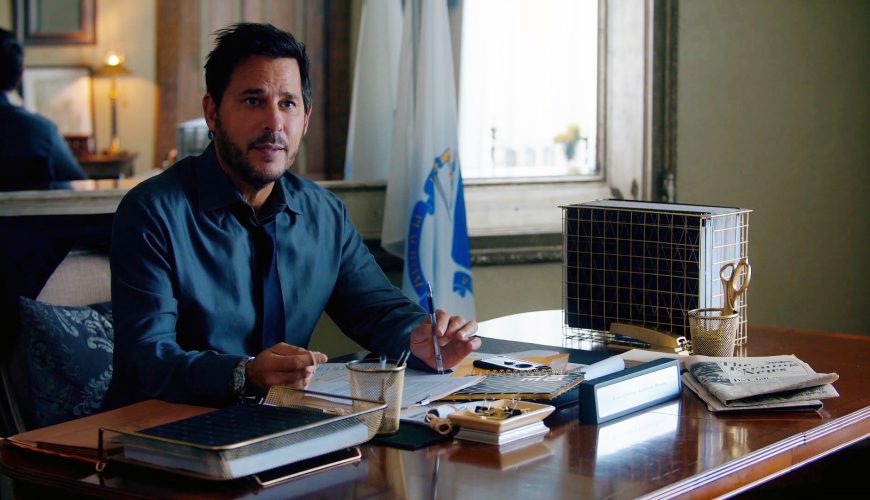 In Season Two of Beacon Hill, Ricky Paull Goldin is back playing the role of Andrew Miller. Andrew has a lot of complicated relationships that he has to juggle…

Andrew will do anything to get to the top and climb over anyone to do it.

What is it like to have Ron Raines as your scene partner?

We haven’t worked together in forever and it seemed like we never stopped.

It’s the same. It’s just that the speed i even quicker than a regular soap.

Andrew runs for office and wins–beating his one time boss out.