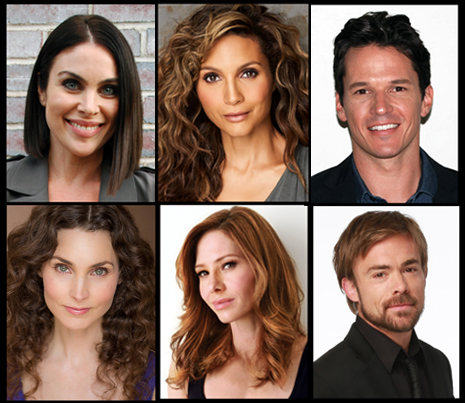 Everyone agrees that recasting a role is not ideal.  When it turned out that some of the original cast members from Season One were unable to come on board for Season Two, casting changes became inevitable.  That said, we couldn’t be happier or more excited about the new additions to the Beacon Hill cast.

Nadia Bjorlin takes over the role of Sara Preston from Alicia Minshew, who had to take care of a last-minute personal issue that kept her from filming.

Marem Hassler assumes the role of Katherine Wesley from Sarah Brown, who retired from acting earlier in the year.

Mark Hapka has taken on the character of Eric Preston, previously played by John-Paul Lavoisier.

We thank Alicia, Sarah and J.P. for their contribution to Season One and help bringing Beacon Hill to life.

Other new faces on Beacon Hill include Jessica Leccia, who plays the role of Susan Preston, Eric’s wife.  Hilary B. Smith takes on the role of Isabel—Claire’s mother and the Senator’s ex-wife.  Two other new cast members include Alexis Smith playing Carter Mathews and Jacob Young as J.D. Cooper—both political operatives sure to stir things up on Beacon Hill.

Season Two of Beacon Hill the Series launches in Spring, 2020.