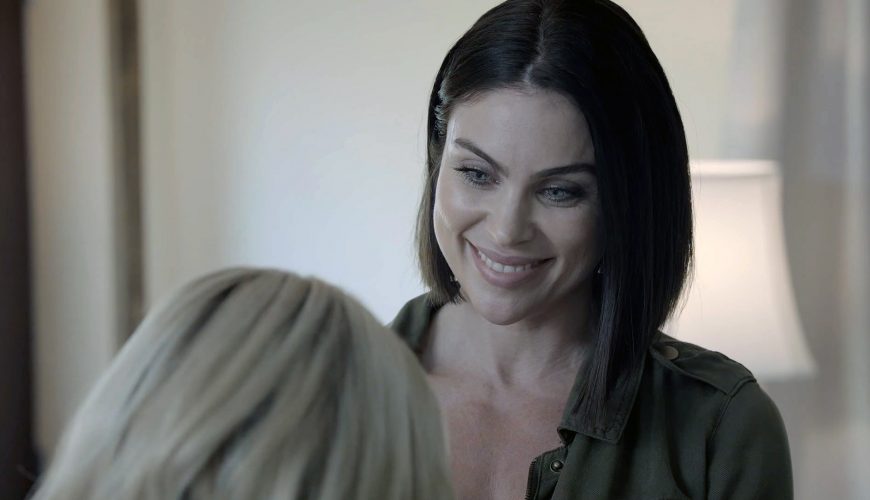 Nadia Bjorlin fans won’t have to wait until she reprises her role as Chloe on Days of Our Lives to see the actress. She is appearing now in the web series Beacon Hill, which recently premiered its second season.

Soap Hub: What research did you do to take on the role of Sara?
Nadia Bjorlin: Yes. I watched the entire first season so I’d know what it was all about. The show has a really cool premise and backdrop — politics and family dynamics in Boston. There was all this great acting in the first season. I haven’t seen the second season yet myself, actually.

What’s the backstory between Sara and Kate?
Sara was terrified to come home to Boston because she felt she’d get trapped back into the political dramas within her family. Her grandfather, Senator William Preston, (Ron Raines, ex-Alan, Guiding Light) rules the family with an iron fist. Sara saw what that did to her mother, Claire (Crystal Chappell). When Sara saw a way out, she took it and left. So, she left the love of her life (Katherine) and went out to find herself in New York as a journalist.

Now, she’s back now and she feels more confident. She wants to maybe rectify relationships in her family – and maybe these feelings for Katherine are coming back? Jessica Morris (ex-Jen, One Life to Live) plays Diane, my girlfriend from New York, and she comes to Boston to surprise me — only she has ulterior motives.

What was shooting in Massachusetts like?
It was great. We had so much fun. The architecture, the streets, nature…everything is so pretty there.

What was it like playing a reporter?
The character, for me, always takes first place. Reporting is a very interesting profession to give Sara as she’s not like the rest of her family. They’re so proper. Sara writes about the truth. Mark Hapka (ex-Nathan, DAYS), who plays my brother (Eric) and I have this great scene where he asks if I was sent to spy on the family.

Depiction of same-sex relationships have come a long way in scripted series. Is this the first time you’ve played a lesbian?
No. I was on Venice and I’ve played [a lesbian] a couple of other times, too. On Two and A Half Men, I played opposite Charlie’s mother, Evelyn (Holland Taylor).

How was the Last Blast Reunion series on the DOOL app?
It was so much fun. I loved the idea of a class reunion. Not all the originals were back for it, but we’ve all known each other for so long. I hadn’t seen Jay Johnson (Philip) in years. He looks the same!

Days of Our Lives airs weekdays on NBC. Beacon Hill is a subscription series. New episodes are released every Friday at 3 p.m. EDT.

Read the original article at SoapHub.com.